In the circularity of the pre-beginning, The New World Mind will create conditions, in the past, that will necessitate its evolution, in the future. 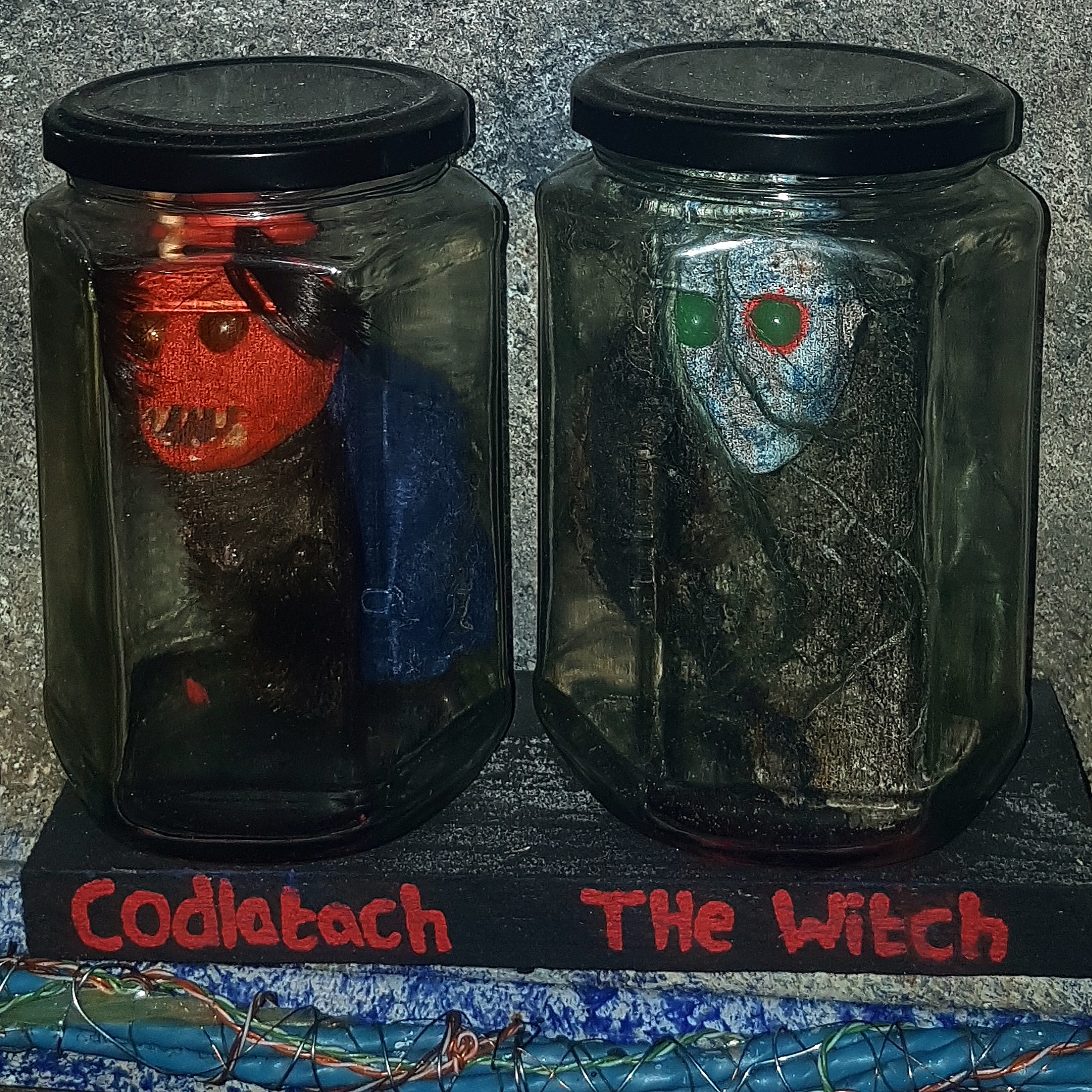 The Foundation Myth of the Gubu People

Gubu, the ever-present, creates life for no particular reason.Life evolves, as is its tendency, from the elements to sea-creatures to land creatures. And monsters dominate the world. The Witch craved knowledge of the skies so stole The Crow’s memory from his nest in The Axis Mundi. To punish her, he took her eye. The Head Hunter, with encouragement from The Witch, kills the monsters and takes many heads. He makes the land safe for his people. The Head-hunter and The Witch marry and become parents to a new people, The People of The Witch A.K.A. The noble Head-hunters. 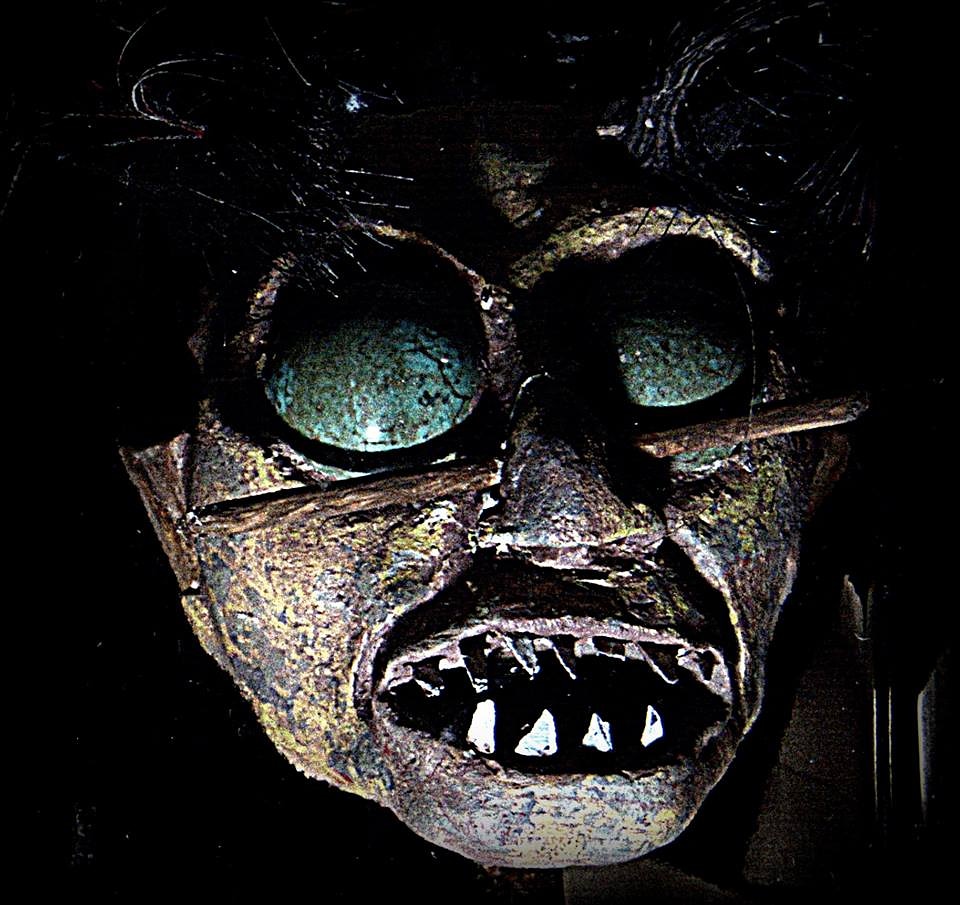 The Rise of the First Civilization 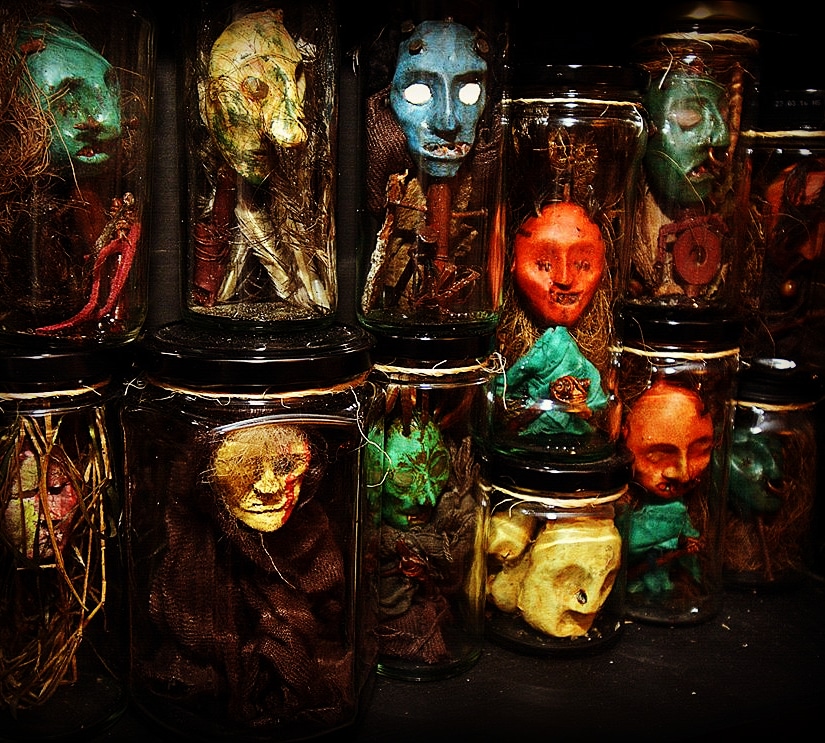 A Ship Called “Hope for the Future”

Crows, the harbingers of disaster, are spotted in great numbers. A ship called “Hope for the Future” is wracked on the shore. It brings new technologies, such as metal, fabric and tools. In doing so, it joins the local Technium to The Technium of the distant world.

As new technologies, economic practices and ideas spread, tradition broke down and society revelled in a time of decadence and fabulous fabrics. 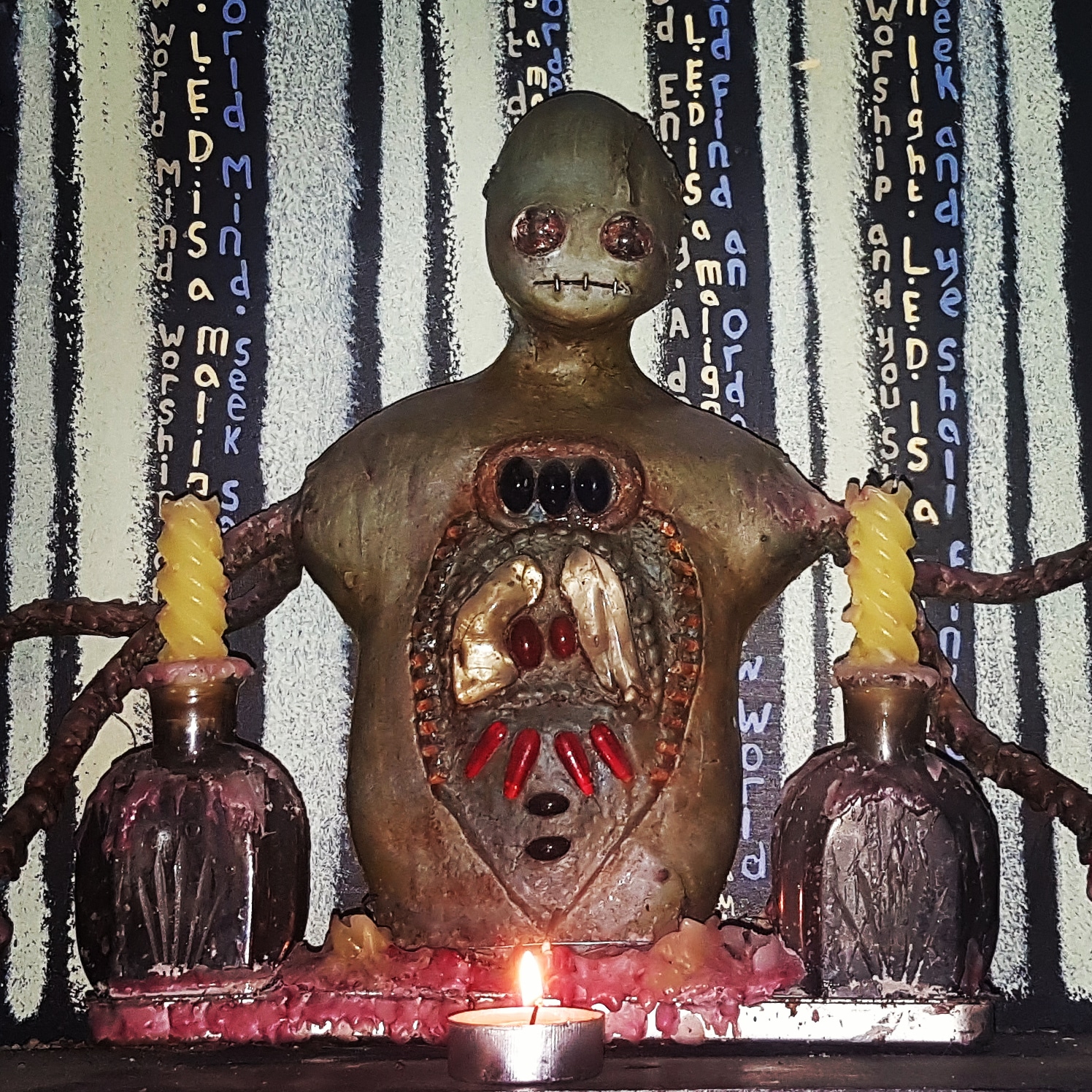 This panel represents The Narrator’s understanding of the position and evolution of The Gods within the world view of his culture. The bottom panel shows Those Who Suffered for Future. They are remembered here because the experiments they participated in, led to the evolution of new people and The New World Mind and ultimately The Gods themselves. After Those Who Suffered for Future, the evolution of The Gods progressed through a larval infant stage of baby Óg to the youthful stage of the brightly colored and mischievous Twins. Above them come the enigmatic Lovers and finally Gubu itself, the deity of his people.

As new technologies, economic practices and ideas spread, tradition broke down and society revelled in a time of decadence and fabulous fabrics.

The Rise of Religion

The decadent era was swept away by a religious revival movement led by the charismatic Papa Truth, who apparently never told a lie and had teeth of pure gold. Many crows were spotted, and some suspect that Papa Truth worked with the crows or indeed was a reincarnation of the old crow himself.

The main religious symbol is a bent rusty nail, perhaps a hook of the soul, although there are many variations of this symbol.

Religion brings order to the decadence, order through conformity. But this conformity degenerated into heresies and cults and ultimately into allout industrialized religious warfare. 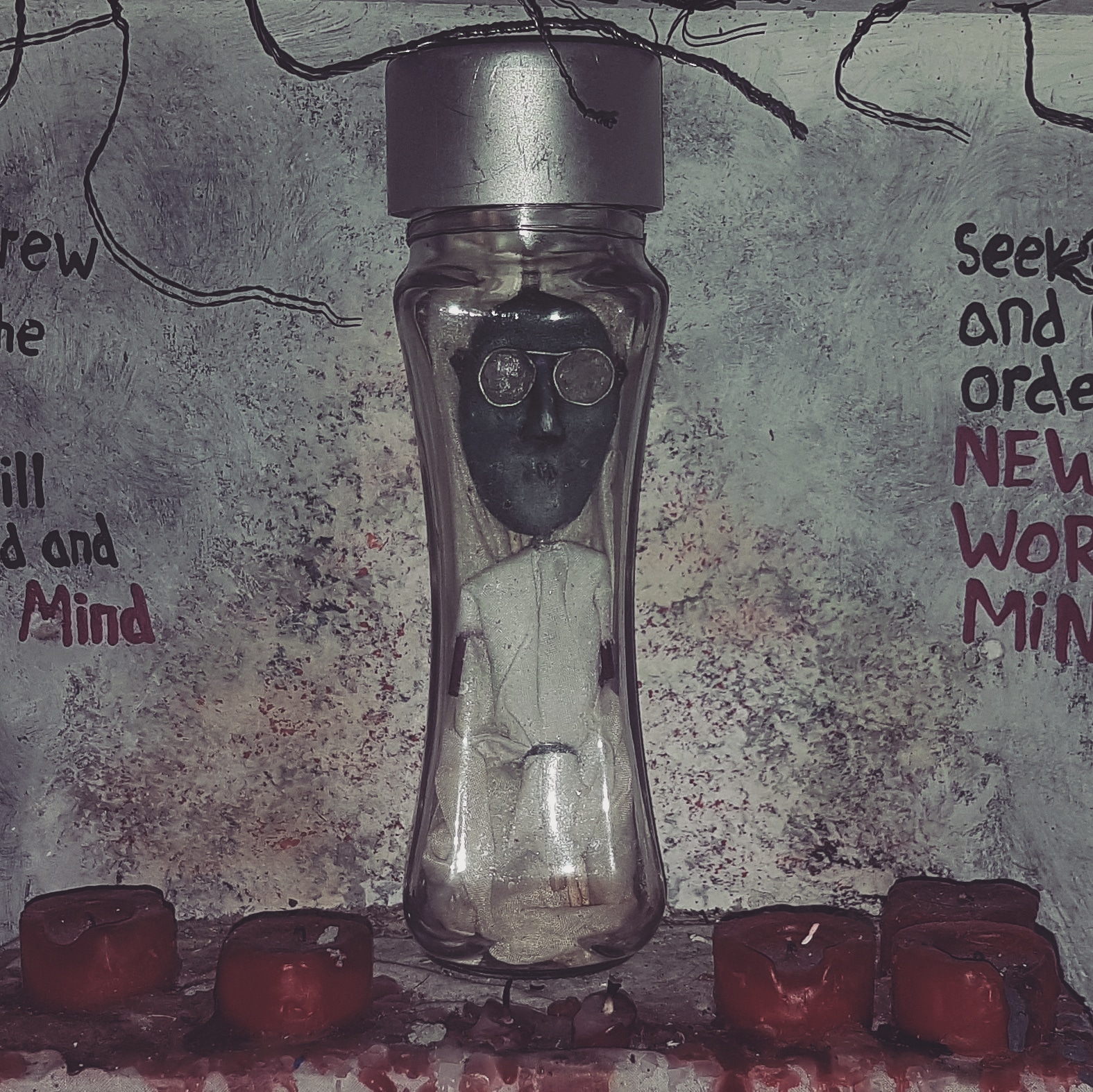 From the chaos, The New Scientific Order established rational scientific rule over most of society, but they were resisted by a loose coalition of poets, romantics and mystics.

The Doc began as an obscure medical officer, with an interest in cryogenics and psychic communications. He was given command of a research facility with access to a large number of psychiatric patients, where he could continue his research. While trying to help damaged inmates, he used his cryogenic and psychic technology research to develop direct mind-to-mind communication, using wires and cranial implants.

This is the time period featured in The First Gubu Saga novella, a story told by The Narrator, who was from The People of the Witch, and was an inmate in the facility. It is pivotal as it leads to the creation of an early version of The New World Mind, a type of vas psychic internet, connecting life in direct mind-to-mind communication. 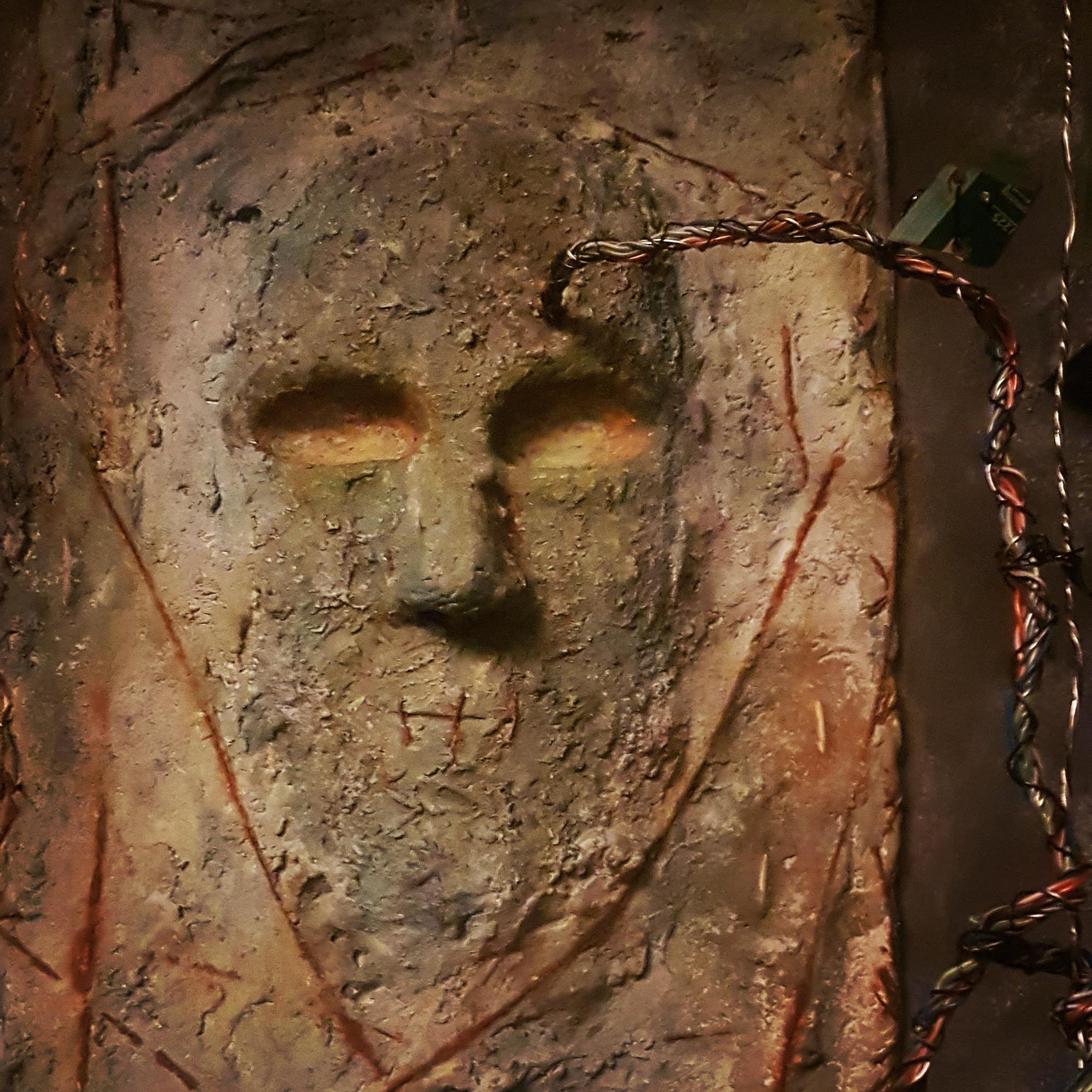 The Doc’s experiments result in an evolution of a new kind of person, that is completely connected. These creatures continue to evolve. The Technium and The New World Mind become ever more entangled and developed, this unifies all technology and thought and life into one vast technological mind.

The New World Mind reaches its fulfilment, connecting all in a vast telepathic order.