GUBU MAN, anonymous artist, was a writer and playwright for 20 years, until a rare and severe L.E.D light sensitivity struck him at the age of 39, preventing him from using all types of screens, computers and smartphones. Exiled from the digital world and isolated in his own space, everything from walking down the streets of Dublin facing lights from cars and stores, to keeping in touch with friends, became a daily struggle. The worst blow of them all was the inability to write, but creation found its way. “I became driven by a tactile need to create with my hands. While The Gubu Saga is not specifically about my story, I did, as an actor would, pour my own experience into the object I was making, while in character.” 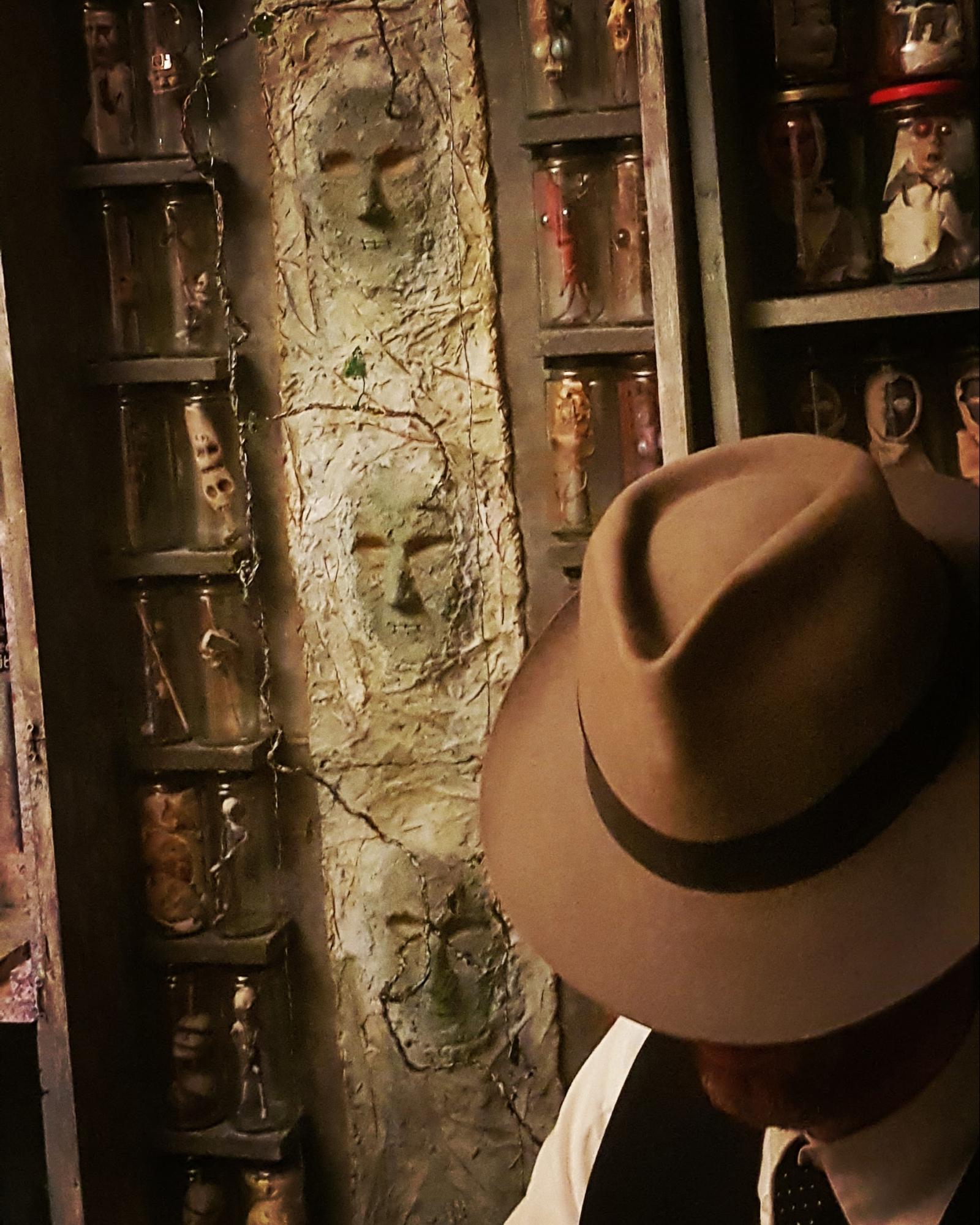 Many people suffer a little when they see bright L.E.D lights or spend a long time on computer screens, but some people have an extreme response to L.E.D. It can cause dizziness, anxiety, pain, headaches and more. Those with extreme sensitivity can experience concussion type symptoms. L.E.D sensitivity is caused by the pulse width modulation problem, whereby the brain is unable to cope with flickery light. E.g. when an L.E.D (Light Emitting Diode) is hooked up directly to an ordinary household A-C power supply. Pulse width modulation can also be used to control the brightness of lights of L.E.D screens. The sheer brightness of some L.E.D such as car headlights and the nature of the light (the blue light issue) can also be a problem. Often, different aspects of this technology affects different people. L.E.D often flickers so rapidly that it is generally imperceptible e.g. 60 hertz per second, so people might not recognize the flicker, but that doesn’t mean it doesn’t affect them. People with L.E.D sensitivity need the old incandescent light bulbs. These should not be banned.